On Trump’s 100th day in office, anti-violence advocates are planning a massive demonstration at the US-Mexico border to rally against US immigration policies that create high rates of sexual violence against undocumented immigrants. On April 29th, over 2,000 quilt squares created by survivors of rape and abuse, will be displayed at the US-Mexico border in El Paso, Texas and Ciudad Juárez, Mexico with a project called The Monument Quilt. 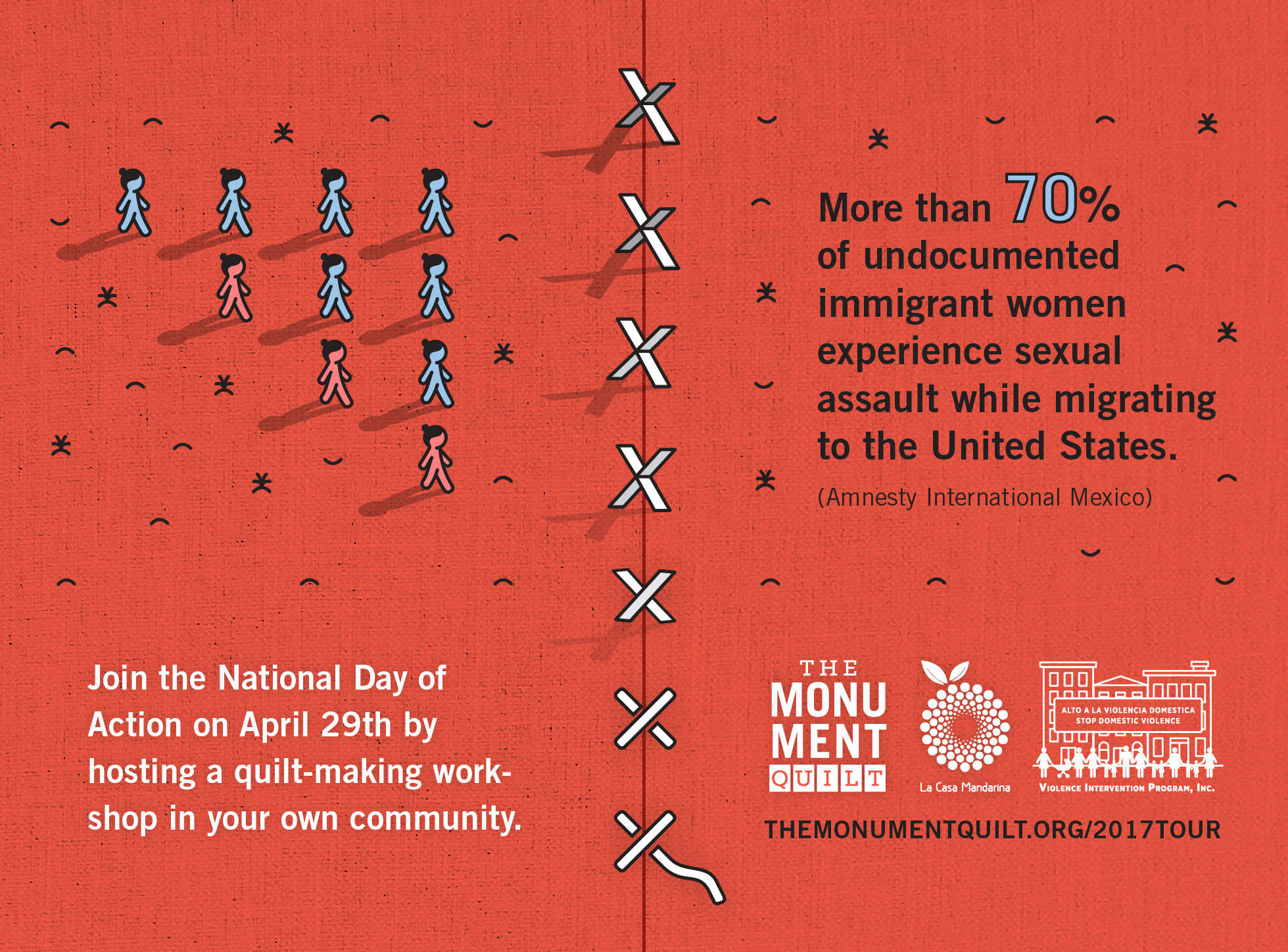 Given the rapid increase in arrests and deportations during Trump’s regime, undocumented immigrants are more vulnerable to sexual and domestic violence than ever. In February, a transgender woman was arrested by ICE at a Texas courthouse while she was seeking a protective order.  Abusers and perpetrators are using Trump’s oppressive policies to commit rape and abuse with impunity.

Help us advocate for policies that protect and affirm immigrant survivors. Raise awareness in your community by hosting a quilt workshop or join the twitter storm on April 29th with the schedule below. Click here to sign up to host a quilt making workshop. Click here to sign up for our Thunderclap and add your voice to the call for just immigration. We will speak our truths, and stand for the rights of all survivors.