FORCE and the National Indigenous Women’s Resource Center are organizing a demonstration on December 7th outide the U.S. Supreme Court for the hearing of what could turn out to be the most devastating Supreme Court decision for Native Americans in half a century.

Despite the fact that its store supervisor sexually assaulted a 13-year-old, Dollar General is fighting the survivor’s family and the survivor’s tribe to avoid paying any penalty for the molestation of a minor interning at their store.  If ruled in Dollar General’s favor, this case would severely limit all American Indian Nations’ ability to protect their citizens from crimes like the sexual assault this young person experienced.

Native women experience sexual assault 2.5 more times than any other ethnic group.  And 88% of perpetrators of violence against Native women are non-Native. Sexual Assault in Indian Country is already at a crisis level and this decision could make it worse.

Out of alarm and outrage, Native women and leaders in the movement against violence are organizing a demonstration to take place on December 7th during the oral arguments of Dollar General v. Mississippi Band of Choctaw Indians. Along with advocates from across the U.S., 700 stories from survivors of rape and abuse that are written, painted and stitched onto red fabric, will join the demonstration as part of the growing Monument Quilt. 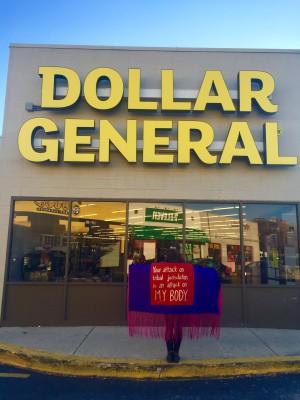 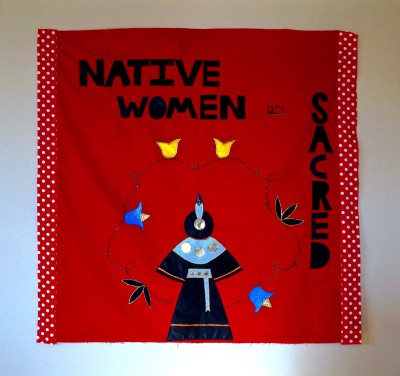